The Enterprise's mission is to travel through space at greater-than-light speeds to explore new worlds and go "where no man has gone before." There are a number of known alien races that are allies (the Vulcans) and enemies (the Klingons), as well as numerous unknown alien races encountered during the voyages. 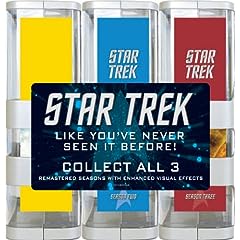 Two scientists, Dr. Tony Newman (played by James Darren) and Dr. Doug Phillips, become trapped in a time portal, which sends them randomly to different times in the past where, in each episode, they have an action-packed adventure. 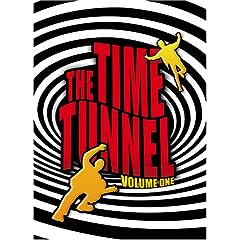 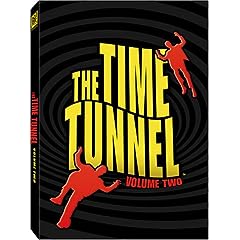 I have never met a U.S. citizen who has said he has never seen The Twilight Zone. Mention the series and you are likely to start an animated reminiscence about favorite episodes. There are so many to choose from. Mine is probably the one starring Bill Mummy (later to play Will Robinson on Lost in Space; see #6) has Anthony, a young boy with godlike powers who holds an entire town in his grip. Or maybe it's the one with Art Carney as a drunken department store Santa on Christmas Eve - turns out he has amnesia and is the real Santa Clause.

A Twilight Zone imitator that was an excellent show in its own right, both in the original and the new series. One of my favorite episodes is from the new series. People begin to develop blotches on their skin. Scientists discover that a signal from outer space sent by benevolent aliens has triggered a mutation in all of mankind, so that we develop a thick radiation-resistant outer skin. The aliens have given us this gift because they have detected that our sun, like their star, will soon undergo a shift that will cause a shift in the solar radiation striking Earth. The rays of this new sun, fatal to ordinary humans, will not harm people with the mutated skin. A scientist discovers a way to halt the mutation, so people have a choice to allow it to complete or halt it. Those who halt it can never go outside in sunlight without a protective suit again once the sun shifts. 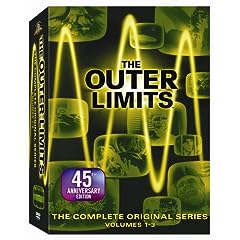 Yes, it's a comic book, but it's also science fiction: an alien comes to Earth and gains incredible super powers. Many of the episodes had science fictional plots. In one, a Martian with the power to temporarily paralyze men by pointing at them visits Earth. In another, Superman has to save Earth from collision with an approaching asteroid. 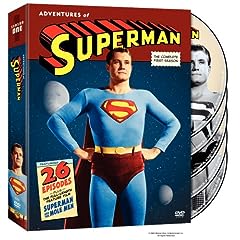 The Robinson family, along with Major Don West, is chosen for a deep space mission. Thanks to sabotage from stowaway Dr. Smith, the ship goes of course, and the Robinsons are lost in space. Each week they land on a different planet and have a different adventure as they try to find their way home. 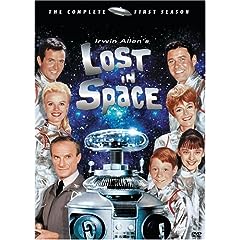 Based on the novel by Martin Caidin, this series features Steve Austin, an astronaut injured while test piloting a new plane. He is rebuild with bionic parts - an eye, an arm, and two mechanical legs - which give him superior vision, strength, and speed. To pay back the government for the six million dollar cost of his bionics, Steve is recruited as a spy, using his super powers to do good for America and the world.

Stephen Spielberg directed this TV mini-series that presents a fictionalized version of UFO activity in the United States. In the series, Roswell was real, aliens have landed on Earth, and they actively abduct, experiment with, and even breed with human captives. 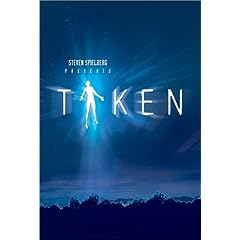 A campy sitcom that was a lot of fun, My Favorite Martian featured Ray Walston as "Uncle Martin," a Martian who crash lands on Earth when his ship is damaged and is taken in by Tim, played by Bill Bixby. Uncle Martin has antenna that extend from the top of his skull when he wants to use certain of his powers and retract to preserve his human disguise. His powers include levitation (tele-kinesis), which he performs by pointing his index finger; invisibility, which requires antenna extension; and telepathy. 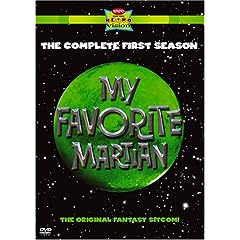 Scott Bakula is a scientist named Sam who gets caught in a time machine experiment. It sends him bouncing uncontrollably back in time, similar to Billy Pilgrim in Slaughterhouse Five. When Sam leaps back, his mind "takes over" the body of a person living in that time, while his body remains in the time travel station in the present. Weird. 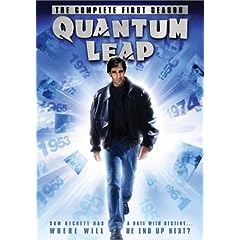